Bitcoin clearly doesn’t care who the President is.

What a week! I feel like I’ve had the same opener for the past few weeks since I started these reviews… a coincidence? Definitely (I knocked on wood anyways). While some of our clients were waiting for a correction to the 13k mark, others — new and existing — bought BTC up all week and once again, we saw very little on the sell-side which is interesting considering our mining clientele. Amidst all of the uncertainty in the world right now — rising COVID-cases, increasing monetary and fiscal policy, and the fact that the polls closed 2 days ago and we still don’t officially know who the President is — the one thing that is certain is that Bitcoin rose above the noise.

I know, it’s starting to feel kind of toppy but that’s because we all have our eyes glued to the price all day. Bitcoin still isn’t on most peoples’ radar yet… Imagine when BTC hits USD $20k and all the investors who got rocked at the peak late 2017 realize that Bitcoin is “still a thing” and traditional media outlets cover Bitcoin reaching all time highs (ATHs).

On Tuesday, a notable bitcoin transaction took place: 69,369 bitcoins, worth close to $1bn, moved out of the fourth largest Bitcoin address. The coins are said to be linked to the infamous Silk Road —the most notorious online illegal marketplace of its day. Why is this worth a mention? Well, later it was reported that the ~$1bn in coin was seized by US law enforcement in what the Justice Department said was the largest seizure of cryptocurrency in the history of the agency.

This is a big deal. Those coins hadn’t moved for over 7 years, restricting a large supply from the market. Now the DoJ finds themselves in an interesting — or in my opinion envious — dilemma: do they strategically hold the Bitcoin (very bullish) or do they sell it off adding a load of additional supply to the market (possibly bearish, although the market shrugged it off even though it’s the most likely event seeing as the DoJ has profited considerably by auctioning off confiscated crypto in the past). Read more here.

In case you missed it…

I send this email to our investors weekly. If you would also like to receive it every Friday, join the others today and Subscribe Now!

Satstreet serves private Canadian clients including some of the largest Bitcoin mining operations, institutions, and high net worth individuals. Satstreet has raised initial funding from Round13 Capital and several prominent investors. 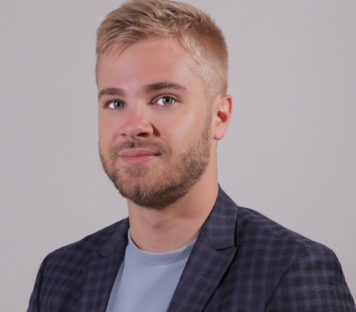 The Top 10 Things People Get Wrong About Bitcoin