Some people write off Bitcoin simply because they believe it is too expensive. They see the price per Bitcoin and think they can’t afford it, or feel that they “missed the boat” and didn’t buy when it was much cheaper.

You do not need to buy a whole Bitcoin.

You are still early — Bitcoin has enormous potential.

Less than 15% of Americans and less than 1% of the world population own Bitcoin. If it continues to grow and outperform assets like Gold, it could be worth more than 25x what it’s worth today. If it overtakes gold, Bitcoin could be valued anywhere between $200,000 — $400,000 per Bitcoin. Many believe the price could even rise above $1 million and replace the USD as the next world reserve currency.

If you divided the total supply of 21 million Bitcoin evenly across 7.8 billion people around the world, each person would have ~269,000 Sats.

9. “Bitcoin is too slow. It could never be used as money”

You probably heard this one before: “Bitcoin is too slow and transaction fees are too high. If I tried to buy a coffee with it — the coffee would get cold and I could pay more in transaction fees than what it’s worth.”

Most people don’t realize that when you buy a cup of coffee using a credit card, final settlement doesn’t happen instantly. You are actually transferring an IOU to the merchant which does not truly settle for months.

New technologies and payment services for Bitcoin allow you to send fractions of a penny instantly for no fee. Technologies such as the Lightning Network and off-chain services make this possible.

On-chain Bitcoin transactions are more similar to wire transfers — meant for larger amounts. In fact you could send more than a billion dollars using Bitcoin and only pay a flat fee of $0.40.

8. “Bitcoin is not secure. Look at all the exchanges that were hacked.”

You see the headlines and naturally get scared. Many exchanges have been hacked or have gone bankrupt and billions of dollars have been lost.

Bitcoin has never been hacked.
It is more secure than any bank in the world.

Bitcoin has actually never been hacked. Only exchanges and wallets with weak security have been hacked. To protect your Bitcoin you can easily withdraw it to a wallet that only you control.

Bitcoin is now the most secure financial system in the world. By offering an incentive to secure the network, hundreds of thousands of independent devices work to maintain the network. Billions of dollars is spent annually securing the network — an immutable ledger that is both tamper resistant and tamper evident.

Bitcoin cannot be counterfeited. Bitcoin cannot be controlled, censored, or shut down. Unlike the centralized and isolated private systems that banks use today, Bitcoin is public and exposed to attacks everyday. This constant barrage of attacks allows it to evolve and strengthen over time as the community works together to make the protocol more secure, efficient, and scalable.

7. “Bitcoin is just the first one, there will be another better version.”

Bitcoin is not the first version. There were many attempts at a digital currency before, but all failed for one main reason: centralization. Previous attempts lacked the proper incentives to keep the network secure. Bitcoin solved the problem of allowing people to transfer value digitally without the need to trust each other or any one individual.

Once Bitcoin started succeeding, thousands of cryptocurrencies were created with the promise of being “faster”, “cheaper”, or “more programmable”. However, none of these other currencies have come close to competing in the most important aspect of a cryptocurrency: decentralization.

Many individuals and groups have tried ‘forking’ Bitcoin to increase transaction throughput, but all have failed to gain adoption. By choosing to support their version of Bitcoin they miss out on the reward from mining the real Bitcoin. They fail to understand the importance of decentralization and having a network that is less likely to be controlled and censored.

Bitcoin intentionally limited the number of transactions that can pass through the network. This was designed to prevent the network from being controlled. The more you increase the transaction limit, the more expensive it is to run a node. If running a node becomes too expensive, there would be less nodes and it would be easier for authorities to shut down and censor the network.

6. “Bitcoin is bad for the environment.”

A few critics have claimed that if you were to scale Bitcoin to the size of Visa, it would use a huge percentage of the total world’s energy use. This could not be further from the truth.

The level of Bitcoin mining is completely independent of how many transactions are being sent. Bitcoin’s base layer acts as a settlement network. Second layers and off-chain services can allow much higher throughput with very little energy use.

Bitcoin also provides a way for energy providers to use their excess energy that would otherwise go to waste. It actually creates a strong incentive for investment into efficient sources of energy. Rather than governments subsidizing the oil and gas industry— bitcoin provides an unbiased subsidy that rewards the most efficient source of energy. This includes renewable energy sources such as hydroelectric and geothermal power.

5. “Bitcoin is just a bubble — it will eventually crash.”

In 2017 over the course of a year Bitcoin shot up from $1k to $20k USD. Everyone was talking about it. People with no investment experience were frantically buying without understanding what it was.

Then it flipped. Traders started to take profits and the price crashed all the way to $6k and then down to $3k over the course of 2018. Headlines announced the ‘death of Bitcoin’ and many wrote off their investments.

We have been in the longest bull run in history. Eventually the market will experience a liquidity crisis and economies will be in a tough spot. Since interest rates are low or even negative, there is not much governments or central banks can do to stimulate the economy. This will inevitably lead to printing currency and dollar devaluation.

As the supply of money increases and money loses value, people will flock to better stores of value.

What do you think people will choose: Gold or Bitcoin?

4. “The government will shut Bitcoin down if it gets too big.”

Governments around the world that previously banned Bitcoin have either overturned or started to overturn these bans. India’s supreme court recently passed a favourable ruling that allows exchanges to receive bank transfers.

The problem with bans is they are not very effective. Since Bitcoin is peer to peer, anyone that wants to buy still can. Making it illegal simply pushes up the price and makes Bitcoin more expensive for citizens.

Bitcoin creates a game theory incentive for government’s to keep it legal.

In 2017, one of the primary sources for GDP growth in Japan was the appreciation of Bitcoin’s price. Governments choosing to ban Bitcoin are simply hindering their own economic potential. Smaller countries that have created favourable legislation around Bitcoin have received an influx of capital and entrepreneurs.

3. “If the internet went down Bitcoin would die.”

Bitcoin is built to be anti-fragile. Transactions were made to be small and use very little data. This allows transactions to be sent over radio waves and satellite. Developers are also building mesh networks that would allow users to transact peer to peer without a direct internet connection.

2. “Bitcoin is only used by criminals and drug dealers.”

The funny thing about great technology is that it tends to be adopted by criminals first. Criminals are very early adopters of technology and they will use any technology that they see value in. This can be said of cars, cash, cell phones, and the internet. If we banned everything that criminals used, we would be living in the stone age. The truth is that most criminals prefer to use cash for transactions because it has better privacy, but they do hold Bitcoin as a better way to protect their money.

Criminals are early adopters.
Less than 1% of all Bitcoin transactions are associated with crime.

The number one use of Bitcoin is trading. The finance industry is very attracted to volatility — the more volatile the asset, the more money can be made from trading it. This by and large dominates the use of Bitcoin, but as more trader capital comes in — liquidity increases and volatility decreases. Lower volatility means prices that are more stable. This will allow Bitcoin to work better for payments and commerce over time.

1. “Bitcoin has no intrinsic value.”

The number one criticism of Bitcoin by economists and bankers is that “Bitcoin has no intrinsic value — you can’t do anything with it. It’s not physical, it can’t be used in manufacturing, you can’t wear it, you can’t eat it, its not backed by anything.”

Neither is your money.

Dollars are not backed by anything.

When the US dollar moved off the gold standard in 1971 it became fiat money. Money that has value only by belief and is no longer backed by gold. This allowed central banks the ability to create money out of thin air. Since then the dollar has been losing value every year from inflation.

Bitcoin is also not backed by anything, but it has one major difference to your money today. It has a fixed supply.

A maximum of 21 million Bitcoin can ever exist. A rule that is hard coded into the network and easily verified by anyone. Every Bitcoin is accounted for and it is impossible to counterfeit.

Bitcoin is simply better money. Money that cannot be inflated by central banks. Money that cannot be censored or easily seized. Money that is borderless and not controlled by any county. It provides everyone with equal access and does not discriminate based on geography, age, gender, sex, religion. It has the potential to shape our world for a better future. One that makes it a lot harder for governments to print money to fund wars and isolate innocent people that were born in a different country. 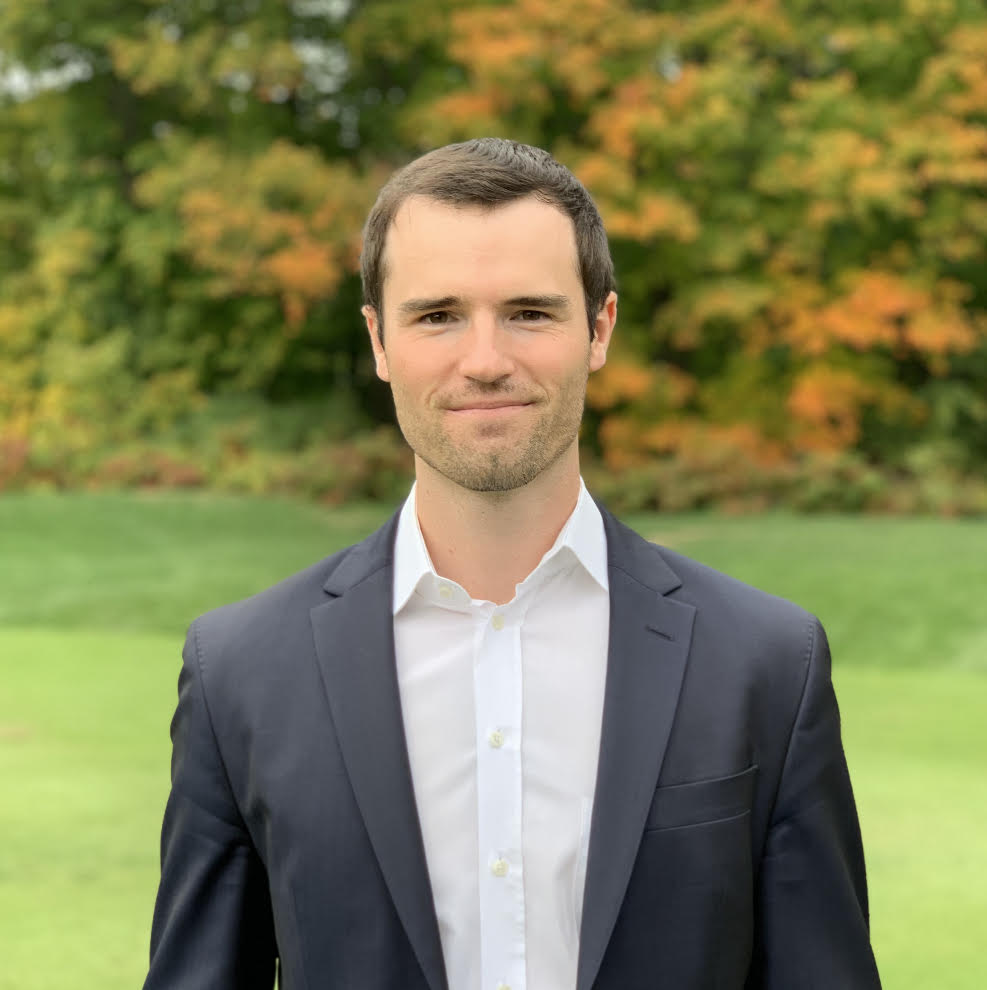